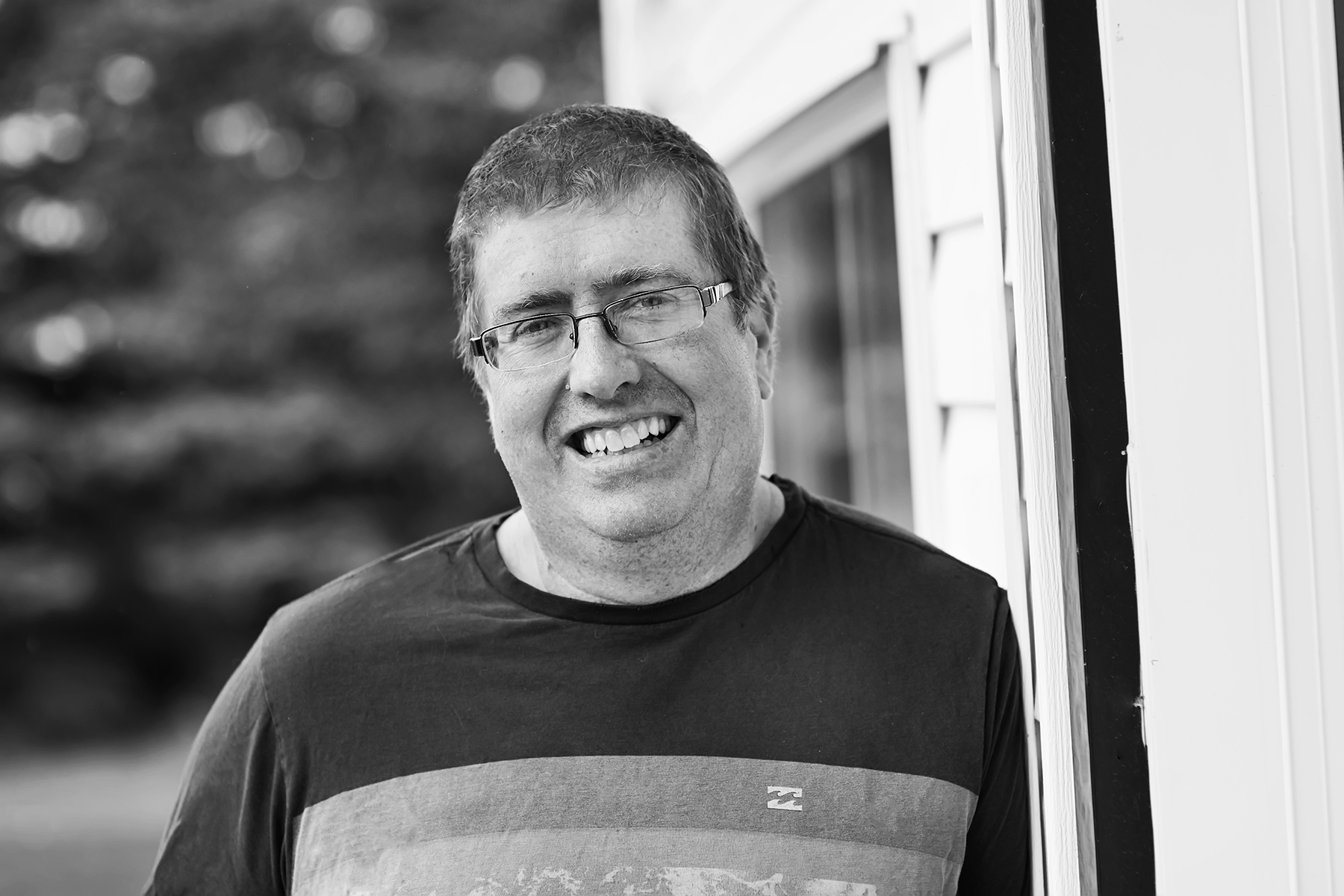 Years in Grenfell: A month and a half (laughter. Mike just moved into town after living his entire life on a farm near Oakshela)

What was your first concert?

Definitely exploring holiday. Beaches bore me, and I don't have a "beach body", and they bore me to death. I love exploring. I love going to see other places. I was in Haiti - it was a work project. It was hard, seeing what I saw there. It was a really hard time for the country at the time. People were literally starving in front of your eyes. That wasn't a holiday at all, but I don't regret that for a second. Probably the one that sticks out, that I enjoyed the most, is I've been to Turkey...well, and Egypt. I enjoyed Turkey the most, just seeing everything and travelling a bit. Egypt was neat, but it was probably the scariest thing in my life. I'm German, and I was too cheap to pay for someone to hold my hand on a holiday, so I just got off the plane with my backpack and winged it. And there were literally times when I didn't think I was going to live. I mean, really, was it that true or not? I don't know. At the time I was crapping my pants! People yelling at you. I would recommend anyone going to Egypt, just pay the bucks and have someone take you around, because you will love it and enjoy your experience. Don't just get off the plane and go. Jordan I've been to as well. It's beautiful. I totally recommend that too. It's safe. Nice people. We winged it there. Petra, the Dead Sea. The best Roman ruins I've seen - I've seen some in Turkey, in other various places -but the best ones I've seen were in Jordan, because of the dry climate, they were just so well preserved. They're amazing.  I'm just bragging now.

What is the oldest thing you own?

What is your favorite time of year?

I like all the seasons for the changes. I probably like winter the least, although I love snowmobiling and ice fishing.  But I like spring the most. The warmth. The color. The hope for life. Towards the end of winter you feel like, man. If that drags out one more week, hide the sharp objects. I like spring. The warm evenings, when the birds come back and you start seeing color. You see your first eagle, first goose, first gopher.

What is your favorite way to spend a free day?

I like to just go out and experience nature, to just go outside and do something. Whether that's quadding or snowmobiling, or going for a drive out in the country. Or even a walk. I like just being outside and exploring. Like motorbiking and quadding is all having to do with the fact that you're out for a drive, and you see something interesting, and not having a plan or destination.

What did you do straight out of high school?

I went to a year and a half of bible college, not because I'm a good person. But just because I didn't know what I wanted to do with my life, and I didn't want to grow up. I always say I went to a year and a half drop-out program, because I did nothing for a year and a half. I just spent my parents money and floated. Eventually they just kicked me out because my grades were failing. It was Briercrest bible collage. So yep, that's what I did straight out of high school. And after that I took a truck driving course, and and farmed and stuff like that. But ya, basically out of school I didn't want to grow up yet, and I didn't have clear direction in my life. That was where I went. It's the truth. I make this disclaimer though. I went back to a bible school later, because I had purpose and meaning, and I knew I wanted to go at that point.

You're on the road trip of your dreams. Where are you headed?

Wow...well there's two trips I've always wanted to do. One of them, just to be honest, is probably unattainable. I've always wanted to do the Trans-Siberian Railway across Russia. Now with a wife and a 2 1/2 year old, it's probably not going to happen. And I'm 47. It's not for the weak of heart. I've got one cousin that's gone I think three times, by herself. But she speaks fluent stuff. I always thought it would be nice to go with her. Basically from what I've heard, if you can't speak Russian, you'll starve. They don't cater to you. It's not a tourist thing.. I mean it is a tourist thing, but it's not. Anyway, that's one thing I've always wanted to do. But I've also always wanted to do Route 66. Either that or the Hot Rod Powertour. Just have an old car - I wouldn't do it in a new car - I'd like to just take an old car that I've fixed up and just go for a drive down in the Southern States. Hit all those cool spots. That one is maybe attainable. We'll see.

Money is no object. Do you quit your job?

No. I don't think so. I don't think I would. It's not like I work that hard, and I don't hate my job. I think people need something to do. There are seasons of my job that aren't that busy already, and I'm not that self-motivated. So with absolutely nothing to do, I'd get into trouble. I know I would. I'd do stupid things. I'd like to think I wouldn't quit my job. Or I'd do a different job that's more meaningful. People need to get dirty. You need to get sweaty.

Do you consider yourself an extrovert or an introvert? Why?

Well, I'd say a little of both. I enjoy people. I enjoy being with people. I find life in people. That's one of the things I'm really enjoying in town is going for a walk in the evening and just saying hi to people and visiting them. But on the same token, there are definitely times where I don't want to see people. I'm sick of people. Get me away from people. That's why I love being on a motorbike, or quad or snowmobile. It's just you and your helmet. You just look around and you can think. I can't honestly say I lean moreso one way or the other. I like both aspects really. People annoy me and I like solitude, but at the same time I like being around people and I like visiting. It's funny. I've thought about this. I enjoy working in team, but I want to do my thing within the team. I like having people around, all working for the same cause, but I want to do what I want to do within that team. I like saying, "Here's your task. Let's go"

What is something you did in the last 24 hours that made someone's day?

I have a cousin that's been on my heart for awhile, so I just phoned him last night. Part of the reason I phoned him is because we did kind of a business deal, many years ago. It wasn't a big business deal. I sold him some bails because he needed some. But kind of the way the deal went, I always wondered if he didn't think I was 100% forthright, or whatever. And it always kind of haunted me. So I phoned him last night, just to ask him. And he said no, he didn't have any issue with me. If he had, he would have said something.. So that was good. But that aside, he's kind of been on my heart the last while, so I just wanted to talk to him. At the end of the call, he didn't say "Oh, you made my life better today", but I think it's good to touch base. We hadn't talked in a couple years. So I think it was good, and I hope I made his day better. We had a good little talk anyway.