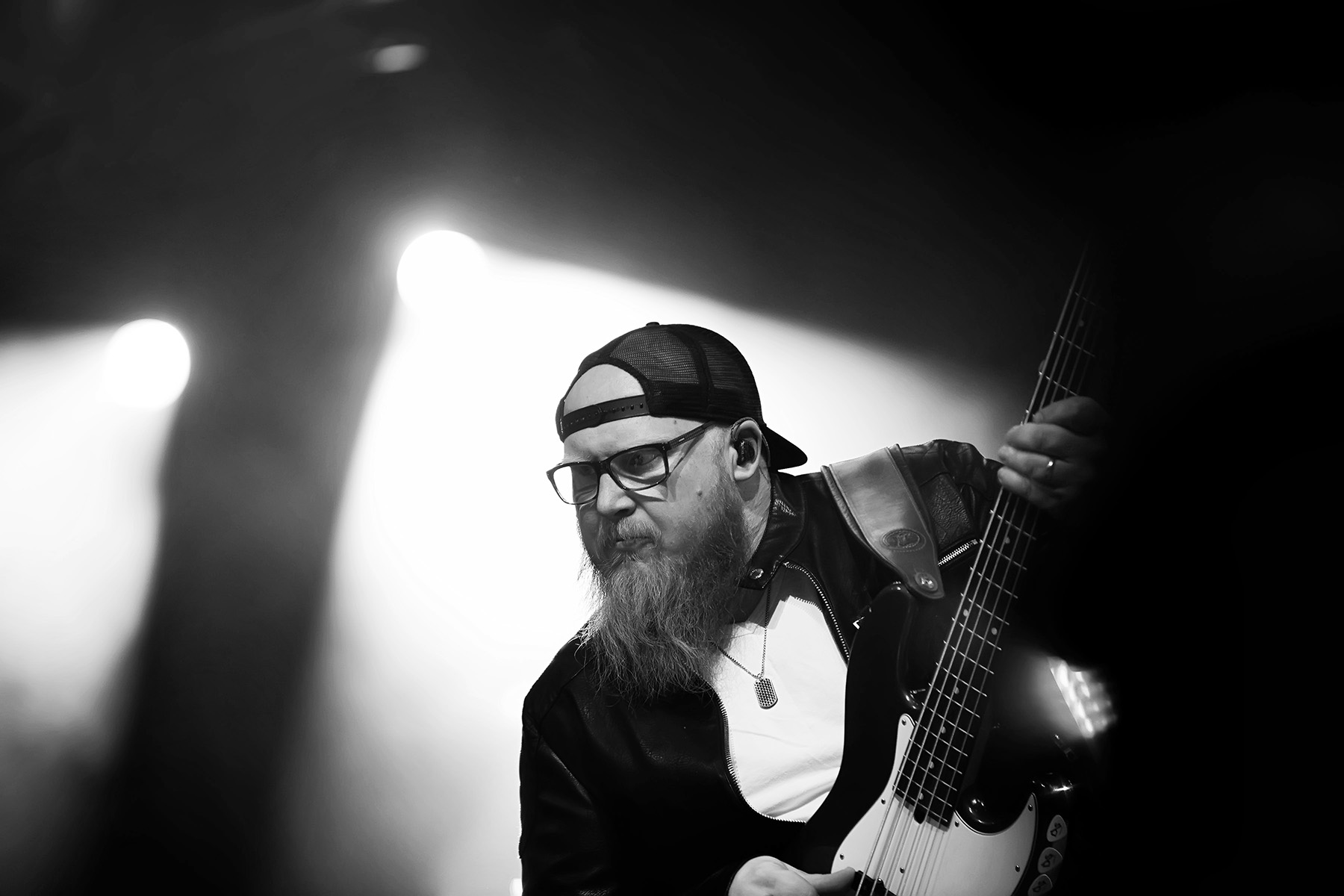 Travis spend most of his childhood in Grenfell, and is now a highly sought after musician, 4 time CCMA Bassist of the Year (Canadian Country Music Awards), current bassist for Dallas Smith, and has also performed with Deric Ruttan, Tom Cochrane, Paul Brandt, Lisa Brokop and Ian Tyson and many others.

What's the most unusual venue you've ever played at?

I played a festival in Mexico City for the Canadian embassy. They had random dudes walking around with ar15’s and wouldn’t let us leave the backstage area..... but, the people danced and loved the show all night. It’s wasn’t so much as odd, just a little unnerving

What's the last photo on your phone?

A picture of the luggage that air Canada lost from our show the other night.

If you could play with one musician, living or dead, who would it be?

If you were to donate all of your money to a charity, which one would it be?

I’d likely chose something in the arts. Music lessons can be out of reach for a lot of families. Maybe start some kind of scholarship program to encourage young people to explore the arts as a viable career option.

Nothing too crazy. I had a few instruments take a tumble and cost me $500 or $600 over the years. I had a bass that is worth $6500 fall of the stage, but luckily nothing of substance broke. Just cosmetic stuff.

If you could go back to school for anything, what would it be?

Law has always interested me. I'd probably try to be a lawyer. I'm a bit of a crime geek.

Describe one of the coolest experiences you've had as a musician.

Probably hearing something you played come up randomly. I've heard jingles I've done on the radio in grocery stores, songs on the radio, airports... just little things that make you chuckle to yourself. Travelling is also a neat - taxing, but fun. I average 50-80 flights every year and, you meet all of the airport employees at that point. We all have a chuckle when they see me show up every couple of days with my bass in hand. I found out that a few of the Air Canada staff in the executive lounge had a running pool on when the guy with the beard and guitar was going to be in that week. Also, my grandfather driving up to watch me perform live on CBC for the CCMA's is a memory I'll never forget.

If someone were to narrate your life, who would you choose to do it?

I mean, that's too easy. Easy choice. The guy does Peter Griffins voice on family guy.... Or Homer Simpson. Maybe both. They'd capture the essence of Travis Switzer perfectly.

If you were given a plot of land in any country, where would it be and what would you do with it?

I'd 100% live in the the mountains. Somewhere close to the BC/AB border. I love the mountains and foothills. Why, do have some land you wanna give away Tatum? SIGN ME UP. I'd hide from society! haha

What's some inside knowledge that only people in your industry might have?

Well, it's really no secret. It's hard work and timing. Find a group of people who are like minded and work together to build a community around you. This business is cut throat. If you can find people that are on your team, stick with them. Also, run it like a business. Care for your business and it'll take care of you. It's not easy, you're gonna get your ass kicked for decade, people are going to be cruel, you're going to be tested but keep your eye on the goals you set.

Last winter Travis hired me to photograph him on stage with Dallas Smith at their show in Saskatoon. Aiden (my 17 year old musician son) and I got to hang out back stage all afternoon, meet the band and crew, take unlimited photos, and see all the behind the scenes action of a big venue concert. Aiden got to learn from the various music tech guys, and even sat on stage behind the drumkit for the last song. It was a fantastic experience, and we're both so grateful that Travis gave us the opportunity! Here are a few shots from that day.... 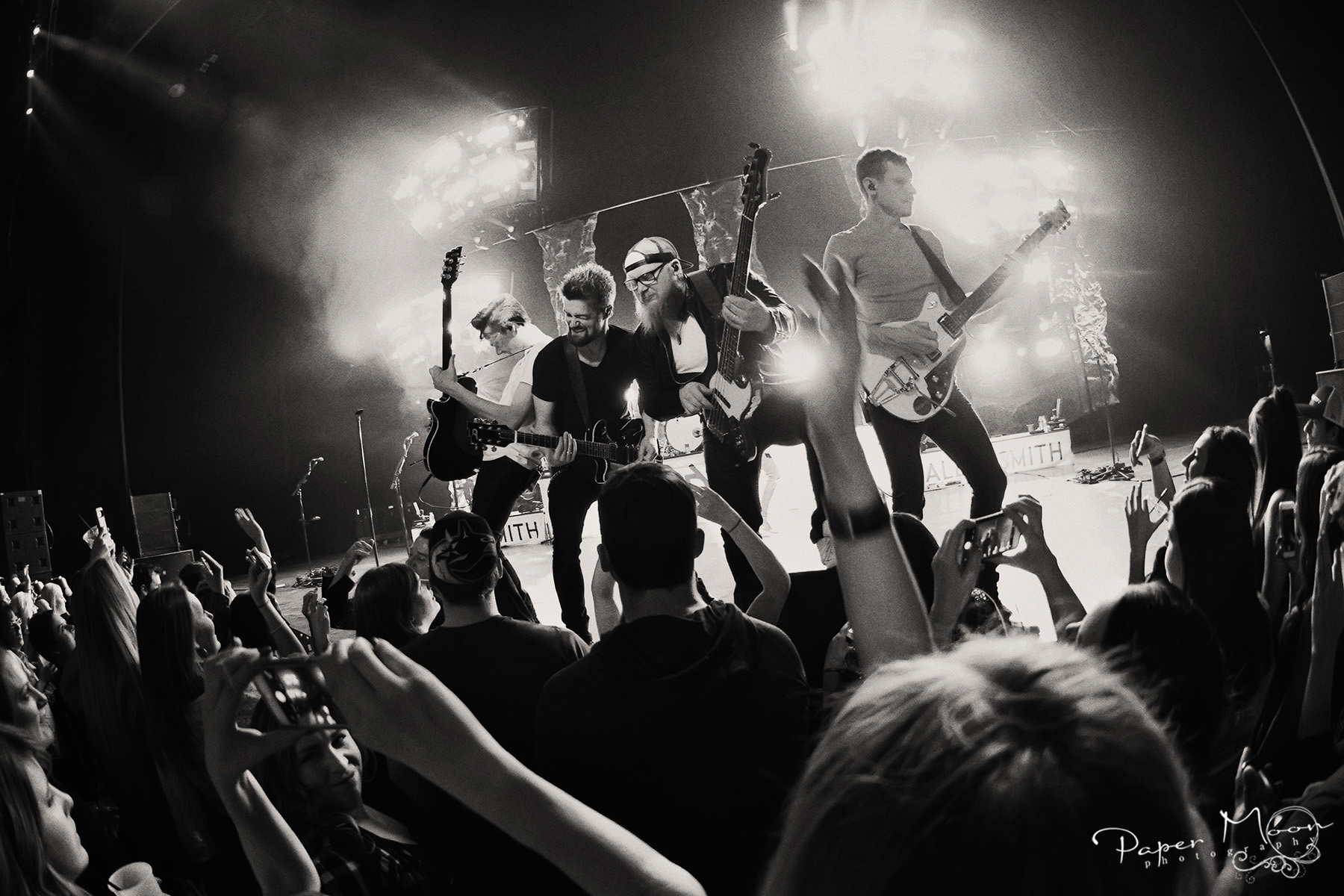