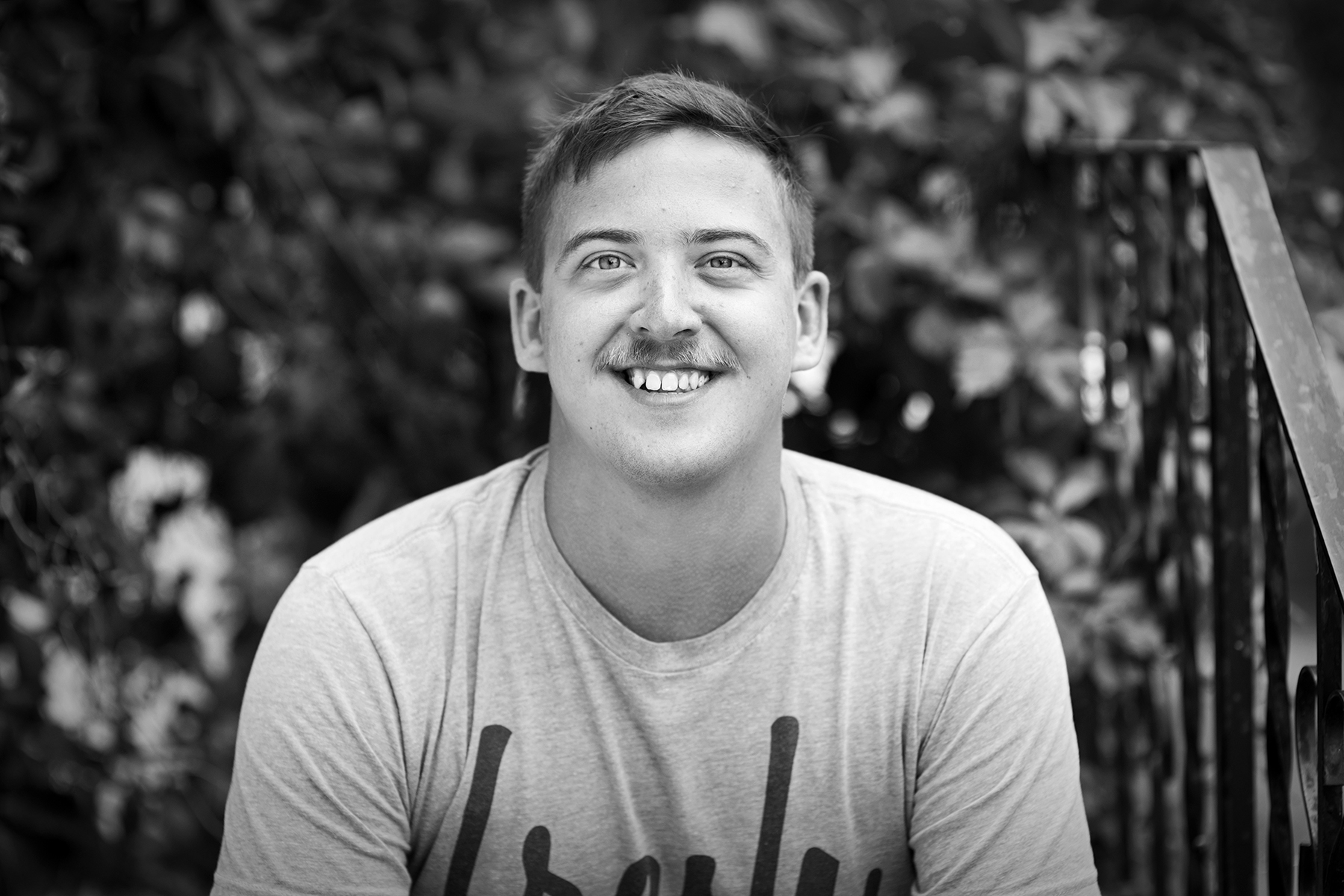 What is something you're looking forward to in 2018?

I would have to say going back to school for my third year. I'm in middle years education, so I'll be going into schools more this year, because it's my pre-internship year. I'm looking forward to that. It'll be something different. It'll be a good experience. In the fall I'll be going to the same school every Wednesday (in Regina). In the winter is my three week block, so I'll be in a city school and my last three weeks I'll be going to the same school and probably teaching a class. I'm middle years, which is grades 6,7,8,9. But it could be anything for the pre-internship. It could be as high as grade 10 r 11 or as low as 2 or 3. They don't neccesarily send you to what you're actually in for - that's internship. But pre-intership can be anywhere. I hope it's 6-9, but if it's higher or lower, it is what it is. It'll be fun.

Where do you see yourself in 5 years?

In five years I'll be 25, so I will have my degree in middle years education. I hope to have a significant other, and a job of course. In Saskatchewan is hard to find a job as a teacher. I don't know if being in middle years, if it'll be any easier or not. I'll be going wherever I can get a job. Hopefully it'll be somewhere in a small town, whether that's here or wherever. I know Alberta needs teachers, and they are one of the highest paid teachers in Canada. So if I end up going to Alberta it'll be what it is.

Oh, this one's perfect! I love small town living, almost everything about it. My favorite part is just knowing everybody, no matter where you go. Before I started working at the Coop, I hardly knew anybody. Just people in my little circle, family, or the odd person from CD's (the store his parent's used to run on mainstreet, with pool tables, video rentals, snacks, etc) Getting the job at the Coop, now I know almost everyone in the town. I like just going for groceries, or for a walk and seeing everyone you know - having a small conversation with them.  Definitely that. It's harder being in the city. I do go for walks, because I'm in a pretty safe neighborhood in the east end. Some people will wave, but not everybody. That's when I feel like I miss going for walks at home. I like the city life, but I always love coming back here and I think that's where I want to be in the future. I don't think having a teaching job in the city would be my ideal thing. I like to know everybody - the parents, the students, being involved with the community. Also, in a small town, I like how everybody helps everybody. No matter what the case is, there's always volunteers. There's always people helping each other out.

What's the coolest thing you're doing right now in life, personally or professionally?

I'd say the coolest thing is that I am going to school, continuing my education. It's a four year program and I'm going into my third year. It was pretty competitive to get in, but not as competitive as elementary. I've found my thing, and I know I want to be a teacher. It'll just be a matter of where I end up. I'm also meeting a lot of new friends that will be my friends for the rest of my life. It's a really good experience. A lot different than high school. The first year was an eye opener, that's for sure. They always say to live in residence your first year, so you meet people, but I didn't have any trouble meeting people. I've met people in my classes of course, and in extra curricular things. I do volleyball on wednesday nights, and work too. I'm excited to go back and see them in the fall. And I'm excited to finish. 2020 will be a big year, when I graduate.

Easy. Travelling! I know that's a cliche answer, but everyone that knows me knows I'm always talking about travelling. I've been to Europe - Italy and Greece. I was in grade 11 for that - best trip of my life so far. But there's so many other places I'd like to go to. I know my mom doesn't really want me to, but I'd like to go backpacking sometime. I'd like to go to Thailand, or Australia. More places in Europe.  And I guess I'd pay off some student loans.

You're on a road trip. What's playing for music?

I like country and pop. I don't really have a go to kind of thing. I'm not picky when it comes to music. I like the party music, and even the oldies. I like my mom's oldies (I laugh at this, saying to him that the oldies to him is the 80s, whereas the oldies to me is the 60s and 70s). Every day driving to the lake for work, I can't listen to the radio because it's too staticy, so I listen to my mom's cds. I was going through the house and I found my mom's 80s mix, and I love it. The old Bryan Adams. I had to give the Cd back though.

What do you do to relax?

Kick my feet up, have a cold drink, listen to music. Lately I've been reading - for fun! I've never actually read a book on my own before, but with this job this summer, and being at the lake (he's working for the park), I'm by myself quite a bit. I'm in the booth, so between being there and at the cabin by myself during the week, I've finished my fourth novel already and I'm looking for another one. So that's good. I'm loving reading. There's no wifi down there, and I got a little too close to going over my data last month, so that's where the reading sort of started. It's kind of embarrassing that I'm only starting now, but it's hard during school. You can't really read for fun, because there's always stuff that you have to read for a class, or else you're doing homework. And when you're on your own you're cooking and cleaning and trying to stay active. So I may as well read now before I go back to school in a month.

If you had one year to live, how would you live it?

I'm only 20, so I hope that isn't the case! But I would say travelling of course. I would obviously quit school. Why keep going if it's going to be for nothing. I would just spend all my money and go with family and friends and travel wherever I've always wanted to travel. And of course spend a lot of time with my close family before I go. It's kind of morbid. Hopefully it's not the case for a long time.

Do you speak a second language?

I don't, however this is a good question. For university we had to take a second language class. A lot of people just go to french right away, but I heard from lots of people that it was really hard, and I heard that Cree was easy, so I took that. I loved it. The prof was awesome. He was sick with cancer, so he was away a little bit, but he was so awesome. I'll speak some things - University in Cree is kihci-kiskinwahamātowikamik[ohk]. (listening to him say this word was amazing! He said it so well, although I got him to text me the spelling after he got home) Têhtapiwin (chair) masinahikan (book) iskwêw (woman) nâpêw (man) are a few others. It's definitely not a second language. I'm nowhere near fluent in it.  Jordan is nitsiyikāson and Grenfell is ôtênaw nitohcîn. You're learning a lot of the dialect. At the end of the semester he asked us questions in Cree and we answered. I ended up finishing the class with a 90%. If I have another elective in the future, I'll probably take another cree class with him again. I think it's important for me to know some of the language, with becoming a teacher. It's good to understand another language, because it's important to be diverse in that sense.

What do you do to spread joy?

I usually just stay positive all the time. I usually have a smile on my face, and hopefully that's contagious enough for others to smile back. Smiling, waving, saying hi to everybody. I learned that from working at CDs and the Coop, and still at the city. I got a job at East Side Mario's. I'm a server there. It's fun, and busy there, but it's good.